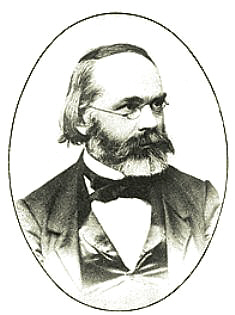 On this date, Austrian monk Gregor Mendel, 42, sent the results of his seven-year study of peas to the eminent biologist Karl Wilhelm von Nägeli in Munich. Within these results were the basic laws of genetics, which the humble Mendel discovered single-handedly in a small garden at the Brünn monastery (now in Brno, Czech Republic). Nägeli failed to see the importance of the work; he suggested that Mendel try new experiments with different plants. Nägeli’s cool reception, coupled with the failure of the new experiments, were instrumental in Mendel’s abandoning serious research.